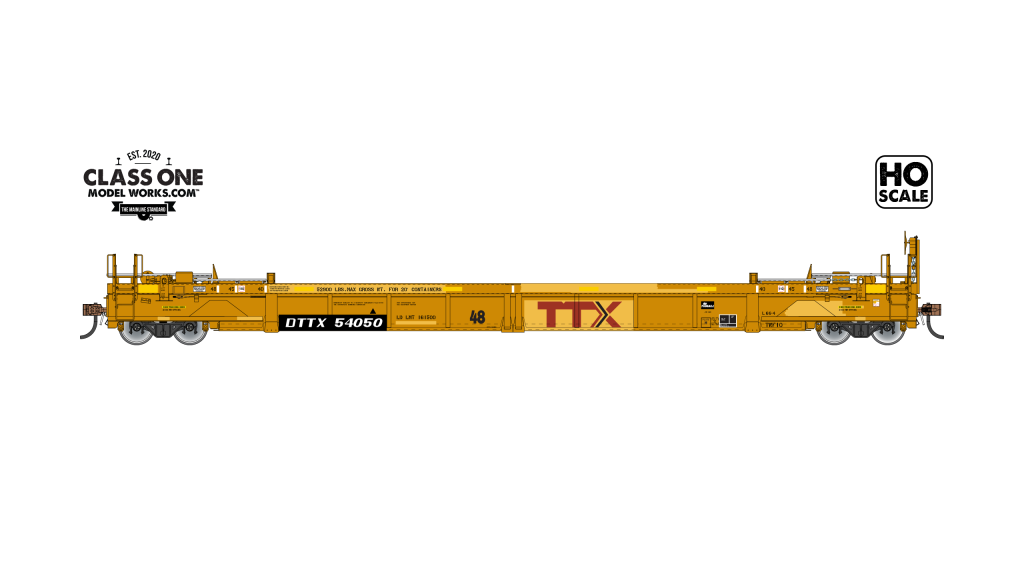 Thrall Corporation built 75 single-unit double-stack well cars with a very unique appearance in the early 1990s. These cars used unique Waggon Union trucks, initially developed for use on the prototype Well-Runner car number DTTX 110023. TTX officially classified the cars TWF10 and they allotted the 54000-54074 number series for a total of 75 cars. As of 2021, approximately twenty percent of these cars were still in active service, a testament to the rugged design and the car’s durability. The use of the Waggon Union trucks and their unique design that supports the weight of the car from the sides rather than from the center-bowl required a one-of-a-kind car design. The truck wheelbase was considerably shorter than other cars and the ends of the car were designed to evenly distribute the car weight near the edges of the carbody. These cars look like nothing else, having heavy side-sill members and the enclosed car ends that partially obscure the trucks themselves. This feature and the low-slung appearance of the cars were instrumental in the cars being nicknamed “battleships” by those that regularly see them in mainline double-stack service all over the country. The wells of the car can accommodate up to a 48-foot container but can also accommodate two 20-foot, one 40-foot or one 45-foot container in the well. The cars are often seen loaded with large overhanging containers in the upper position of the car. The unique truck design was not repeated due to certain maintenance requirements and these cars remain the champions in single well design uniqueness. 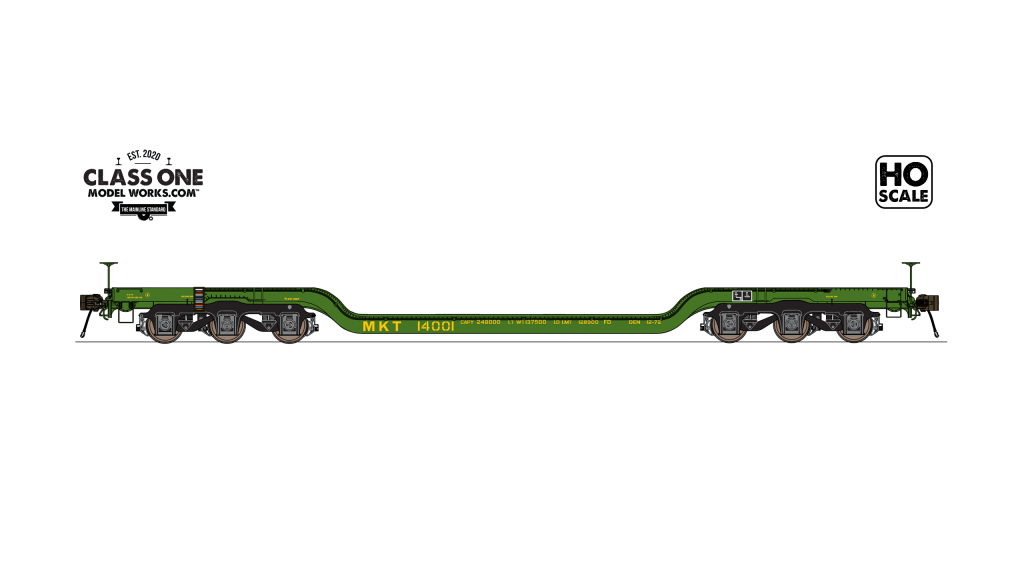 Beginning in the 1940s, (some maybe earlier) General Steel Castings Corporation began production of heavy-duty depressed center flatcar castings, having a carrying capacity of 125 tons. These were used to build cars for transporting oversized, high-tonnage loads such as transformers, large castings, and various pieces of machinery or machinery components. The center decks were lowered to just above rail height to provide railroads with the ability to accommodate taller loads while providing high loading ratings. These cars were single-piece castings that were sold as “kits,” along with GSC “Commonwealth” standard 3-axle trucks, to customer railroads to assemble and outfit as they required. Some railroads opted to supply F36 Buckeye trucks for use on their cars. Due to the nature of the extreme loading of these cars, dual braking systems were required with the main control valve on the B end of the car and an auxiliary control valve on the A end of the car. All of the braking hardware was installed inside the frame of the car, with exterior piping along the sides of the car for the main airline, and for the piping tying both brake systems together. Both ends of the car were fitted with an air reservoir and a hand brake, and the system provided brake shoes on all twelve wheels of the car.

Based on customer orders, the cars came with a varied number and location of jacking pad styles. Some cars had “square” pads located over the trucks, while others had “A” style pads located at the upper deck’s end where the interior deck curvature began. Some had no jacking pads at all, yet others had square jacking pads in the same location as the “A” style pads. Most all railroads initially provided wooden planking, usually oak, to cover the two upper decks of the cars, but over time, as planking aged and deteriorated, some roads chose to remove it altogether and to cover the access holes in the top deck of the casting with metal grating or plates welded over the holes. The railroads, over time, also added different tie-down gear, and load abutments to the car decks, creating many one-of-a-kind variations to this versatile heavy hauler. While the original trucks were equipped with solid friction bearings, by the 1960s, most railroads began changing them out for roller bearings. Some railroads owned only one car, while others had larger fleets of cars, depending on which customers they served and the frequency with which loads were generated by those customers. Considering the many railroad mergers over the years, a large number of these cars were renumbered numerous times and wore a variety of paint liveries.

Given the longevity of these cars from the 1940s through the turn of the century, and the number of specific changes each railroad made to load restraint accouterments as loads changed and requirements varied, there is an endless variety of railroad-specific variants that existed. At ClassOneModelWorks.com we have chosen to produce the 58’-4” version of this car with a 21’ long lower deck, the most common size, while also producing a car that will provide the appropriate body style, jacking pads, and decking variations used by each railroad, to serve as a highly-detailed car that can stand alone, or be upgraded by the modeler for the small specific details they would like to incorporate, given the timeframe of their chosen era. Our first run of cars will be equipped with GSC trucks that have been upgraded to roller bearings. Future runs will provide cars with friction bearings, Buckeye trucks, and other added details as we work through the list of GSC car owners. We hope that you will enjoy your cars that have been made to the exacting standards of ClassOneModelWorks.com. 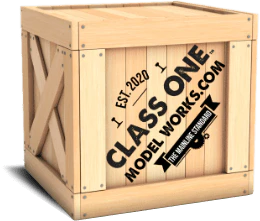 Have questions?  Email us: contactus@classonemodelworks.com