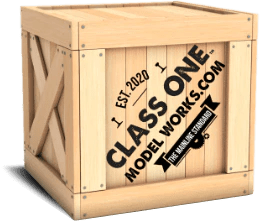 48’ Exterior Post containers were introduced in 1986 and were a common site on nearly all double stack container trains of the later ‘80s, ‘90s and 2000s. These containers were used for domestic freight service and were purchased by numerous railroads and freight operators in large numbers. These containers were a unique design in which the front and side container panels were supported by aluminum channel posts mounted outside of the container box to provide additional capacity space for larger pallet stacks within the container interior. The posts are a simple spotting feature for these styles of containers. Hyundai was one of a handful of manufacturers of exterior post containers, and while nearly-identical in design to one of their competitors, the additional drainage channel on the top of the container at the head end, and full-height end corner posts differentiate this container from its competitor’s design. Some of these containers served secondary lives for more than one operator, leading to some interesting graphic combinations over their lifespans. Changes to over-the-road length allowances for 53’ containers and trailers brought about the eventual demise of the 48’ container and a majority of them were withdrawn from service during the mid-2000s and beyond, though limited numbers still remain in service today. 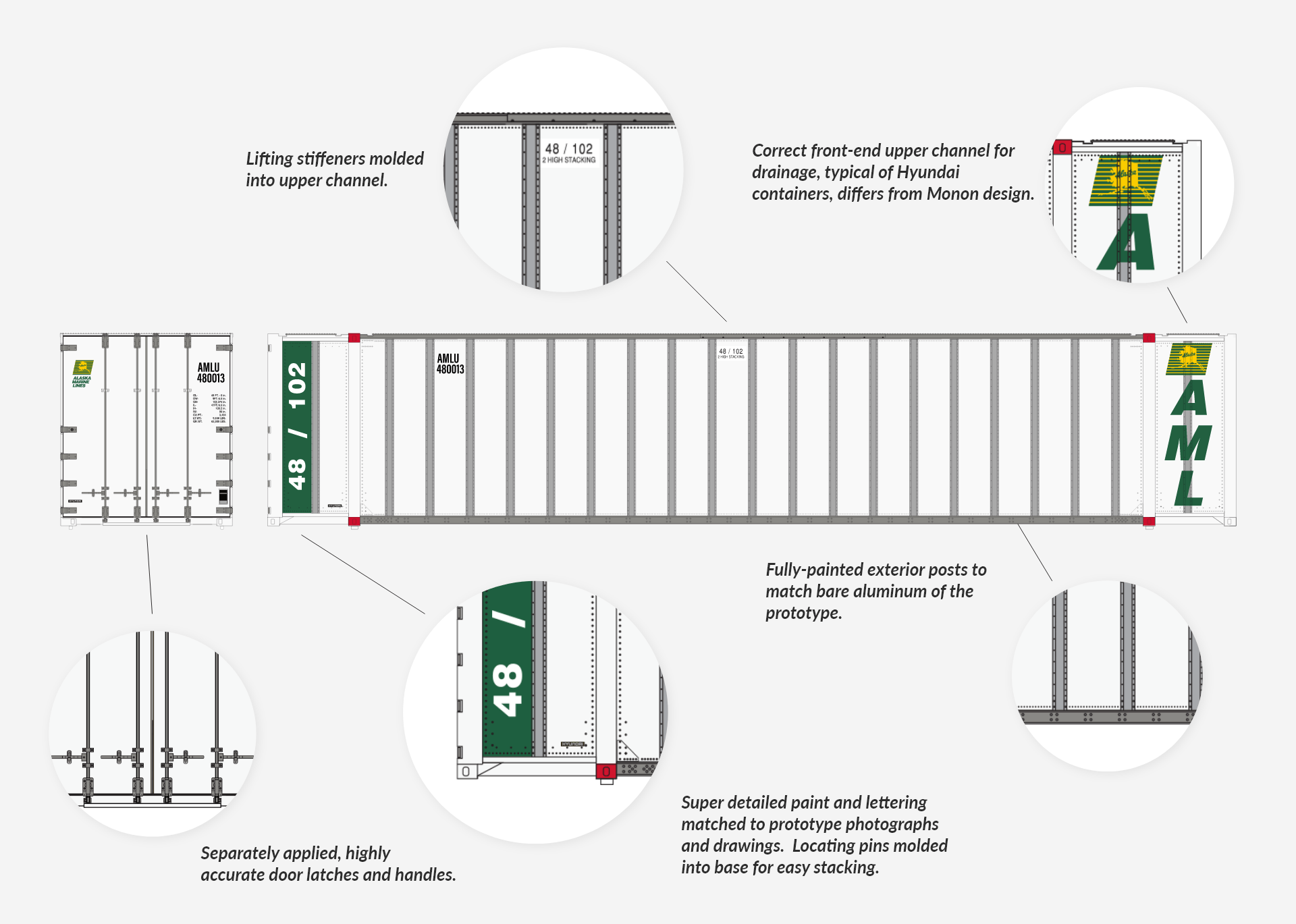 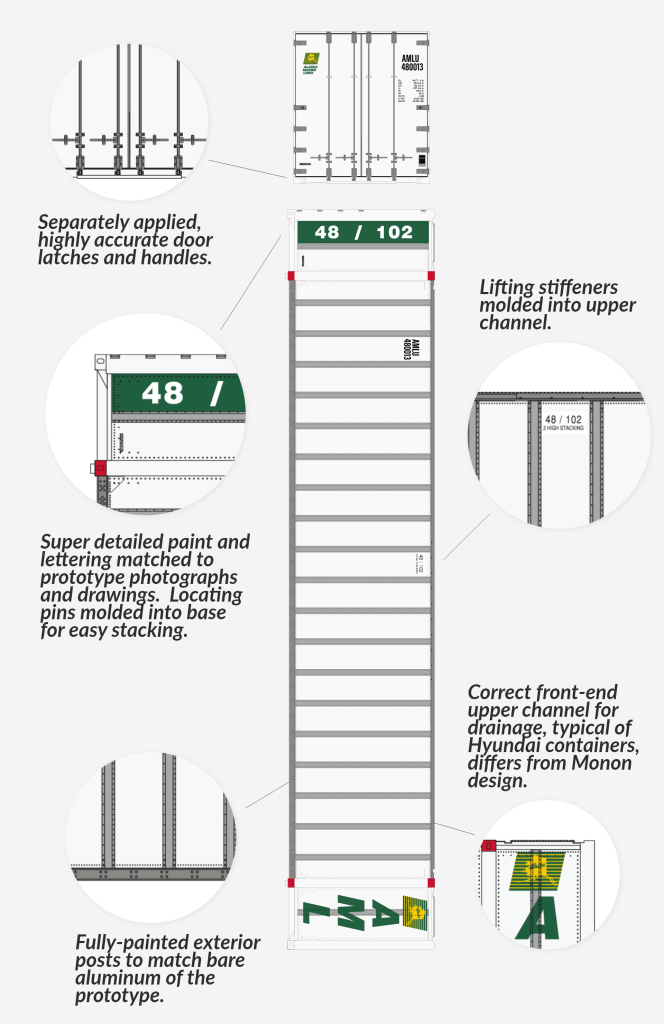 A unique feature of the Hyundai design was the additional water drainage channel near the front end of the container and the forward vertical framing members that extended the full height of the container. We have modeled the detail that differentiates this container from those of other manufacturers of 48’ exterior post containers.

Classonemodelworks.com provides accurate paint and lettering taken from photographs of the prototype, and numbering that matches the class numbers for each operator or railroad.  Our containers come with the exterior posts already painted to match the aluminum color of the prototype containers and galvanized coloring for the upper and lower structural channels.

These containers have been accurately reproduced from hand-measured field dimensions of the actual containers, right down to every visible detail.  Classonemodelorks.com stands for accuracy and we strive to provide that with every model we produce.

CLASS ONE UNIVERSITY IS YOUR SHORTCUT TO BECOMING AN EXPERT MODELER! 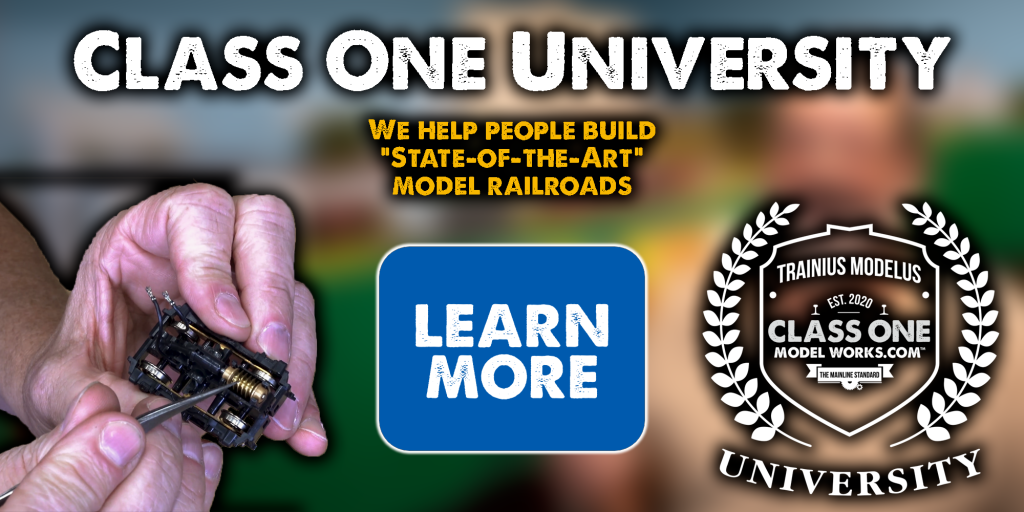